Have you ever painted rain boots? I have. I’m sure you are wondering what would bring a person to do something so silly, especially since you can buy rain boots in pretty much every color and pattern under the sun. Lucky for you, I’m going to explain. 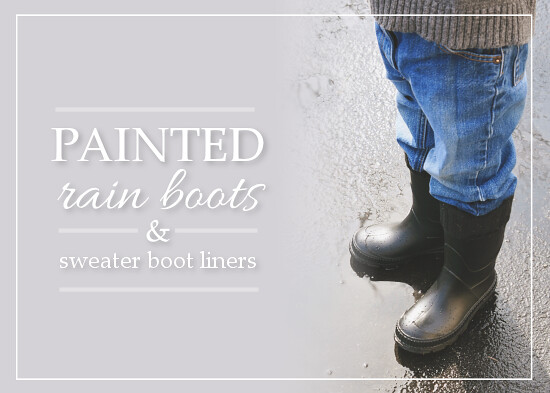 A week or so ago, my kids were getting their snow gear on to go play outside when we realized that our growing 3 year old no longer fit in his snow boots. That’s not cool. Especially because the weather in the Midwest this time of year is a crap shoot and you never know what kind of shoes/boots you will need from day to day.

So I set out to find some new boots for him. Since the weather will hopefully be warming up soon (fingers crossed), I decided to go the rain boots route. Kid’s grow quickly and snow boots in his current size wouldn’t get much use before his feet grew out of those too. I found a cheap pair at Walmart and brought them home. Unfortunately, there was a problem. 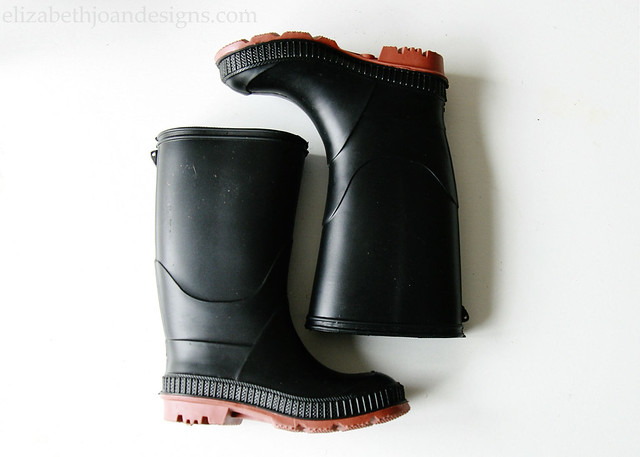 My son did not like the colors. He said he “needed” black rain boots like Mama’s and these were not all black. You know how three year olds can be. Normally, I would have just told him to pipe down, but I decided to indulge him and my need to DIY. After a little research, I found that people have painted rain boots before. I grabbed a few supplies and got to work taping up his boots. 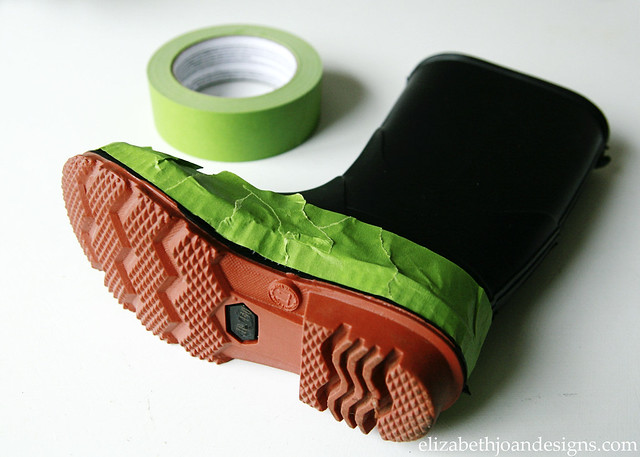 Even though I was going to use black paint, I didn’t want to paint the main part of the boot and risk ruining the whole thing if the paint peeled or scratched. I knew I could live with a botched up sole, so I used frog tape and a garbage bag to cover all of the areas that I did not want to get paint on. 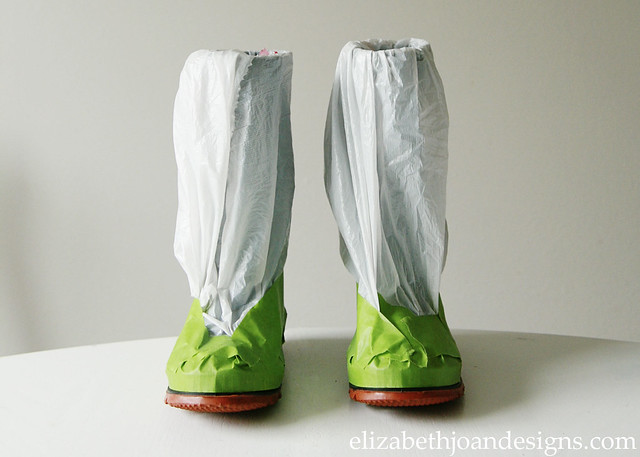 The paint I chose was Rustoleum Flexidip Removable Rubber Coating in Black, which I hoped would work well with the movement of the boots, since it was also rubber. I sprayed on 2 light coats. 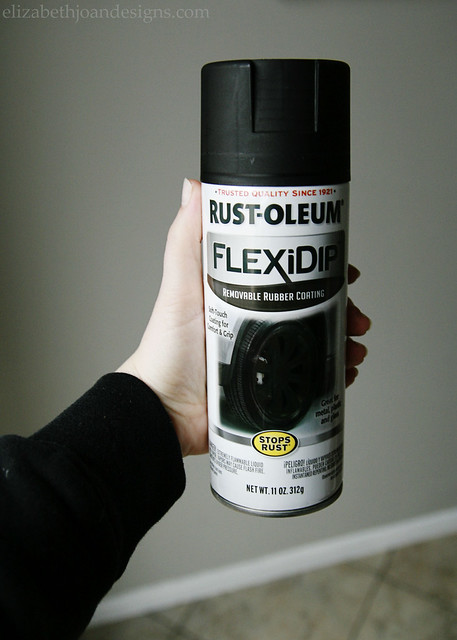 While those were drying, I also decided to make some boot liners to keep my little guy’s feet warm if he needed something to wear in the snow.

I used an old black sweater, cut off the sleeves, sewed along one end of each, and that the sweater boot liners were ready to go. 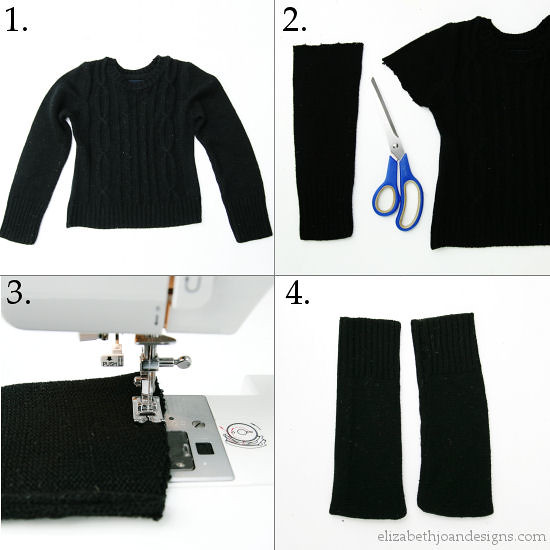 Here are the finished boots with liners next to mine. Adorable! I think it is so cute that my son wants to be a mini me. Or maybe he just likes black boots, but let’s pretend it is the former. 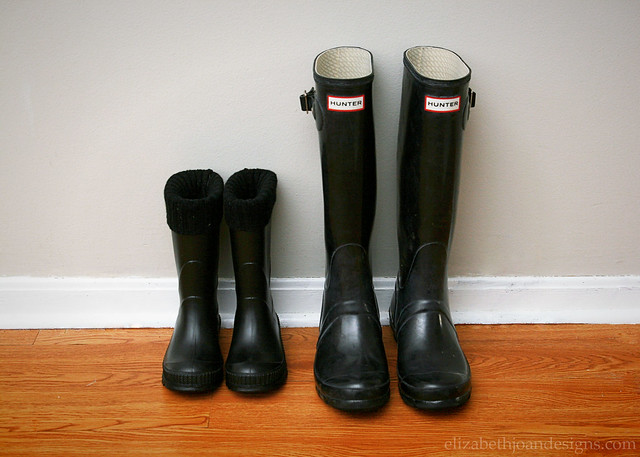 Of course, we had to get outside and take the boots for a test drive. My little guy scuffed and stomped and jumped. He showed those muddy puddles who was boss. 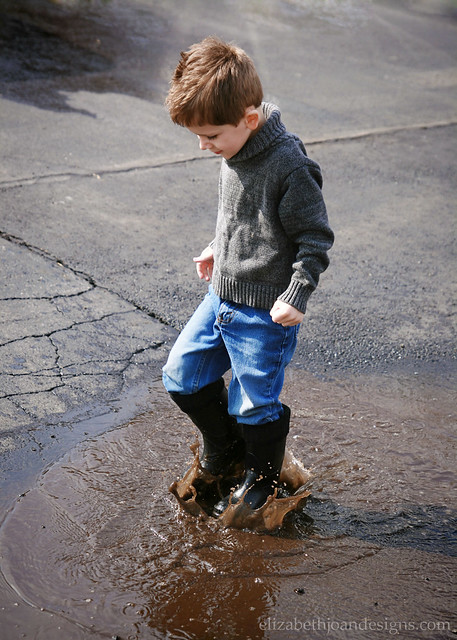 And after all of that work, some of that paint wore off the bottoms of the boots. But from the top they still looked pretty good and not red, so this dude was happy. 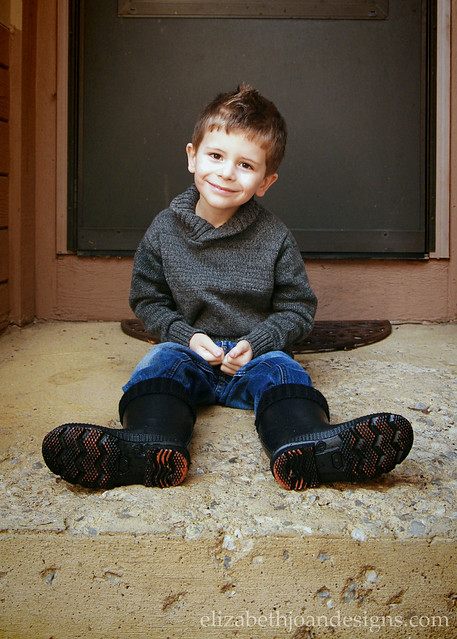 Even though I’m a little disappointed that some of the paint came off, I’m not surprised. It is removable paint and says so right there on the can. Plus, the soles of everyone’s shoes taking a beating. If at some point more of the paint wears off, I guess there is still plenty left in the spray paint can to give them a few more coats.