If you are a DIYer and have ever perused Pinterest, you have undoubtedly come across someone’s version of a monogram. I think everyone and their brother has probably made one, especially of the moss variety. So, this tutorial is not so much of a brand new innovation that will knock your socks off. However, I am going to tell you how you can create the cheapest moss letter that you will ever make that also looks pretty too! 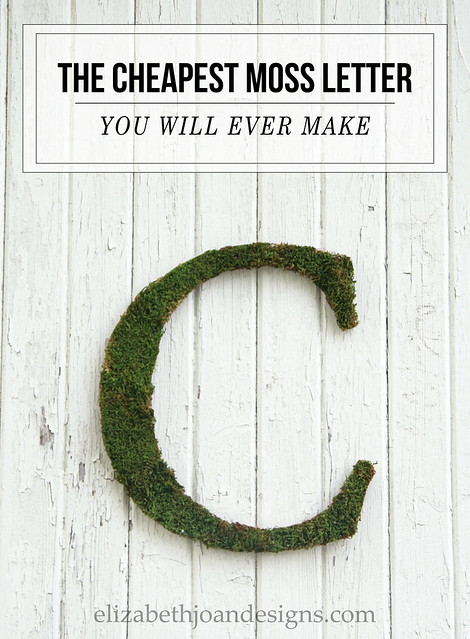 Typically, I see monograms which use prefabricated letters, either paper mache or wood, from the craft store. There are usually only a few font choices and of course, you have to pay for them. Even though they aren’t expensive (usually $10 or less), I chose cardboard (free) and liked that I could customize the size and font.

I started out with a cut out print of my letter which measured 16.5″ x 14.5″. (I set it up in Illustrator, but if you aren’t familiar with that program, you can use Picmonkey to design your letter, save that to your computer and then upload it to Block Posters to be printed out.) I traced the letter onto a piece of cardboard with a pencil… 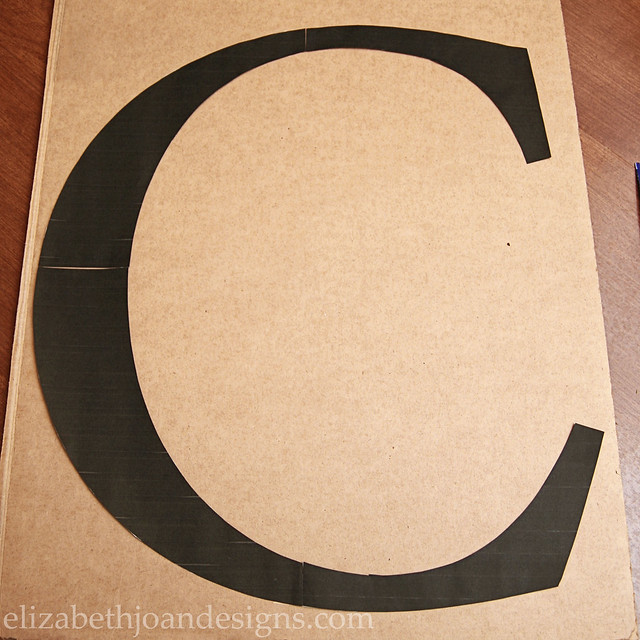 Next, cut it out with a run-of-the-mill box cutter. 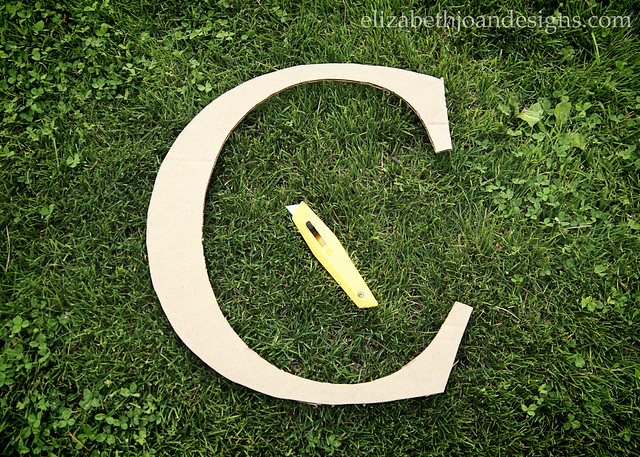 If you want to be extremely frugal, you could grab some naturally growing moss from outdoors. 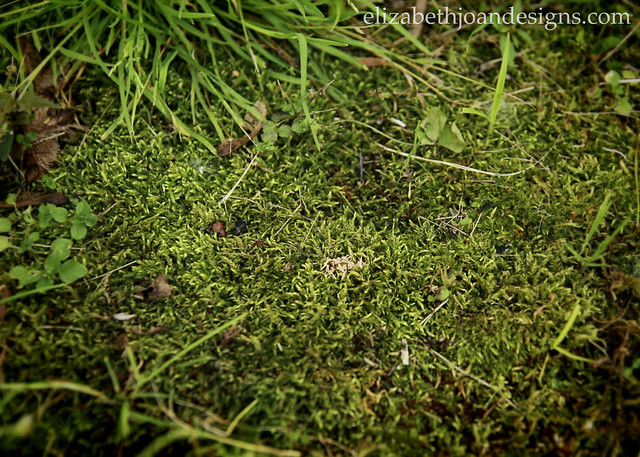 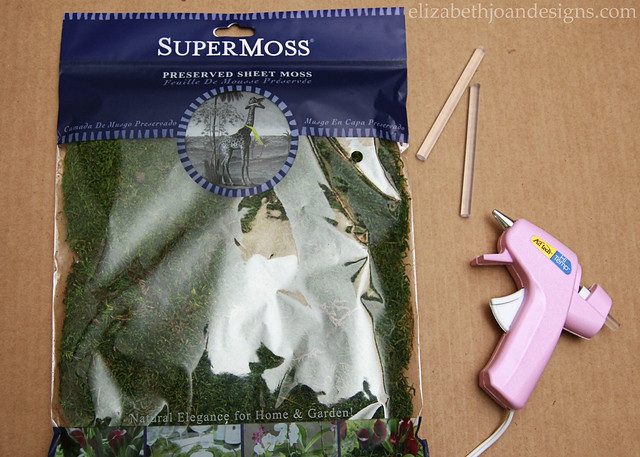 Then, came the really hard part. Just kidding. This was super easy. I glued the moss on top of my letter C with a hot glue gun. 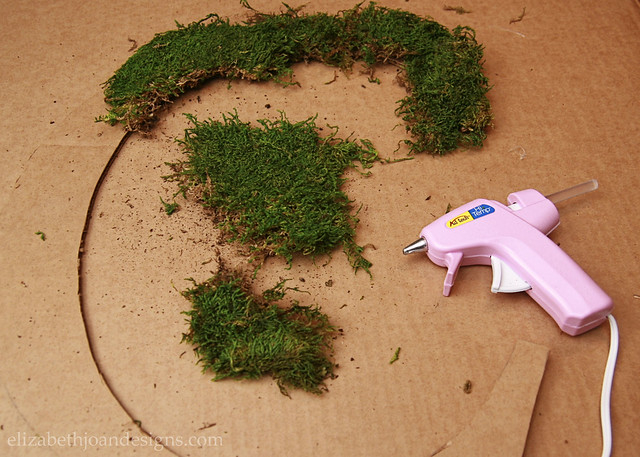 As you can see, it looked kind of wonky with all of that haphazard moss everywhere, so I turned over my monogram and trimmed the moss around the edge of the letter with scissors to clean everything up. 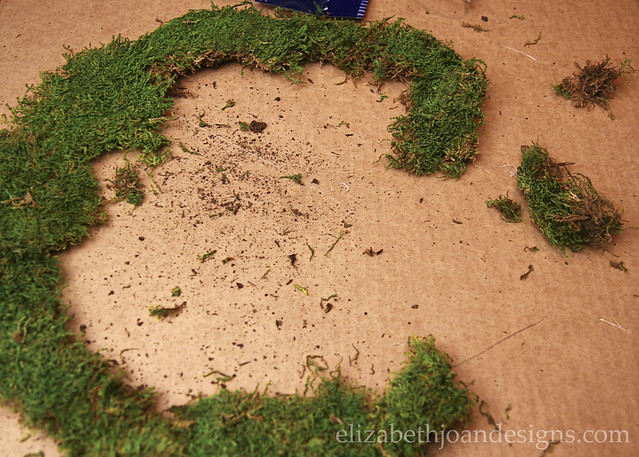 Voila! A lovely (and easy) moss letter for only $2.50. Or it could be free for you if you can find some moss outside! 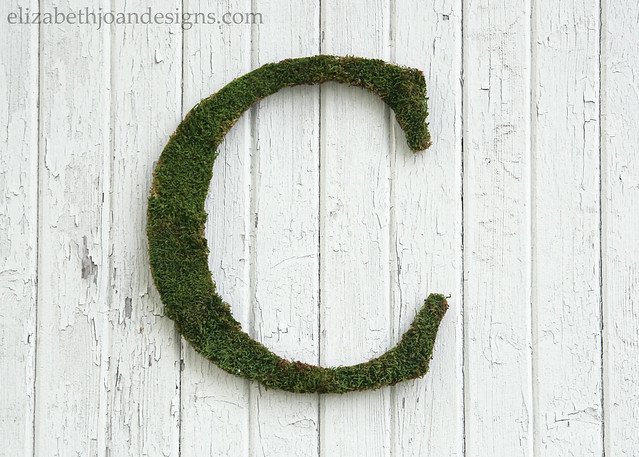 Since this letter is made of cardboard, it is super lightweight and easy to hang. I placed it here above this vintage wash tub with just some tape. But I think it would also look gorgeous hanging from a ribbon on a door or placed on a mantle/shelf to bring a little life into a room. 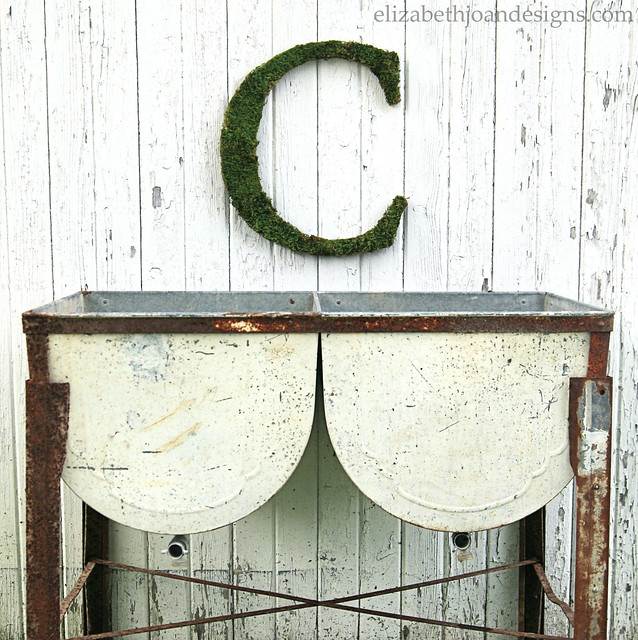 The best part is that no one will know that you put this fancy monogram together for merely nothing!