We’ve recently been working hard to transform our dated 1980’s kitchen into something from this century. A major part of this transformation has involved primer/paint and few lessons learned. 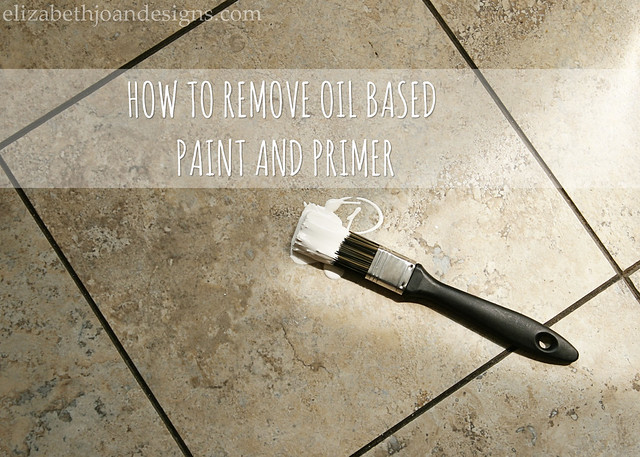 We have been using oil based primer on our cabinets and it is the first time we’ve really had any experience with it. We’ve learned that the stuff sticks to everything (yay!) and that this stuff literally sticks to everything (boo.) Like the time my husband, Chris, got it all over his hands and tried to wash it off with soap and water. Not good. It just made it even messier and smeared it around more because, obviously, oil and water do not mix. So while he stood in the bathroom covered in stickiness, I did what any good wife would do and headed to the computer to search for ways to remove the primer.

We found that a mixture of olive oil and salt worked great to get the primer off and also gave his hands a good exfoliation in the process. (Who doesn’t want a man with soft hands?) So, when we dropped a paint brush filled with primer on the floor a few days later, I decided to try the olive oil technique on that as well. 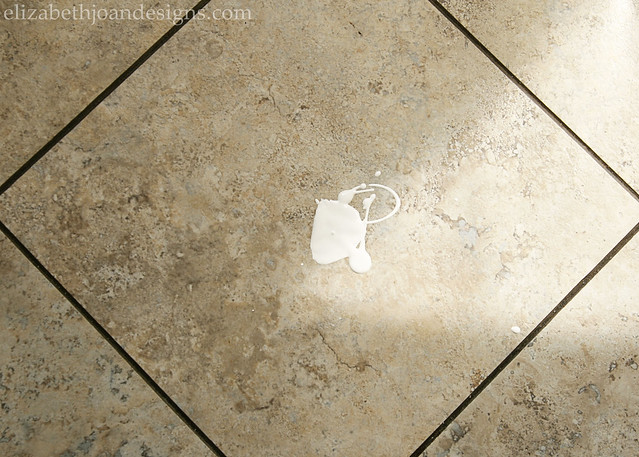 That is after we found that a dry paper towel just smeared that primer around on the floor. 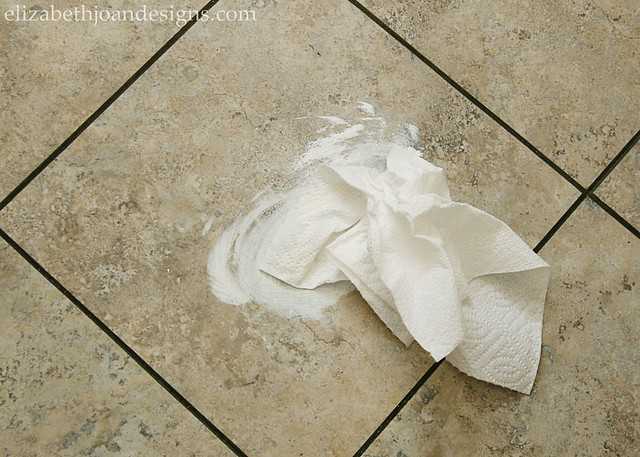 To remove the smear, I initially tried a mixture of olive oil and salt, but found that on our floor we only needed to use the olive oil. You can see how easily it removes all of the primer in this handy dandy video. Enjoy!

A few more details to take into consideration:

– Our flooring is vinyl stick tiles. I’m not sure if or how this technique would work on other types of flooring, i.e. wood, ceramic tile, laminate.

– This technique works on fresh spills and dried primer too, provided you add a little more elbow grease.

– Use olive oil to remove oil based primer and paint from brushes too!