I know. I know. I should leave well enough alone. But I just couldn’t. There was just something off with our foyer, so I decided to paint the door going to the garage. Again. 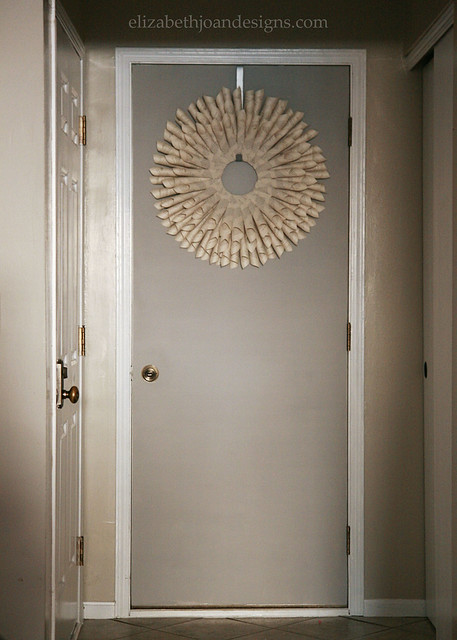 You can see in the before photo below the difference that a little paint and lighting (natural vs. artificial) can make. Obviously, it was a lot better than the previous state it was in, but I just felt it still needed a little something more. 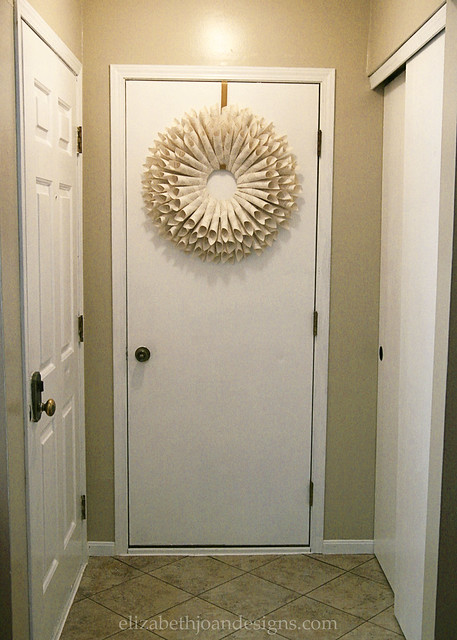 As far as paint goes, I kind of went back and forth on what I wanted to do. I had been researching chalk paint (which is technically not the same as chalkboard paint) and thought it might be something I wanted to try on a few furniture pieces. I honestly had no idea that chalkboard paint and chalk paint were two different things until a month or two ago. Chalk paint is a paint with a chalky type matte texture that is great for furniture, especially when antiquing pieces. You typically apply either a clear or dark wax over the top of it to finish it off. Chalkboard paint is made to be used specifically for writing on with chalk, a la classic school house chalkboards.

However, after reading a great post about chalk paint by Diane from In My Own Style, I was eager to try out chalk paint since it appeared that it could possibly pull double duty as a great furniture paint (with wax) and another option for chalking on (without wax.)

So, after receiving several 50% off coupons in the mail from JoAnn’s, I decided to head to the store where I found these. 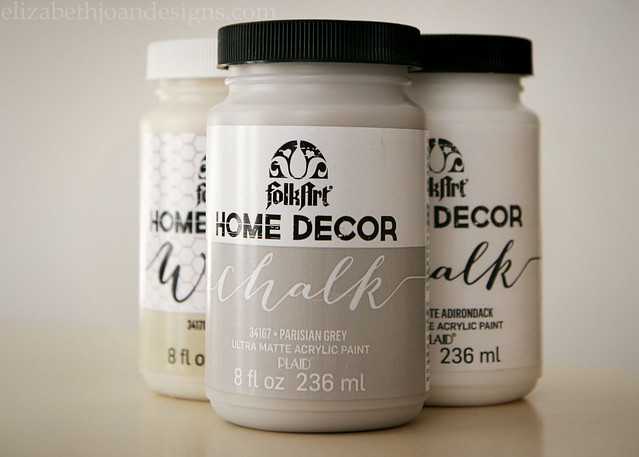 I decided that for the door, I wanted the option of being able to write on it with chalk, since it is the last thing anyone really sees on their way out. Being able to remind the fam of things like “don’t forget to take lunch,” or “soccer tonight at 6” would come in really handy. So, I started in on the first coat of paint. 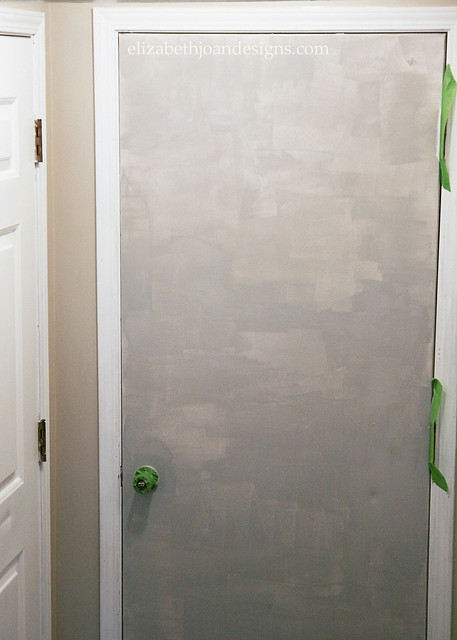 It seemed to adhere really well to the semi-gloss paint that was already on the door and I didn’t have to sand or use any primer. Woo to the Hoo! I ended up putting on 2 coats and the coverage was amazing. 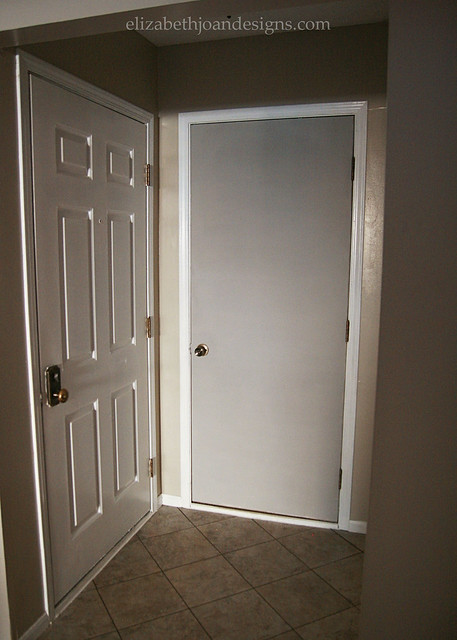 After it had cured, I attempted to write with chalk on the door. Success! I started in a small, inconspicuous area and found that I didn’t need to prime the door with chalk and that all evidence of script-y chalk writing easily wiped off with a dry cloth. Of course, then I had to get a little more creative… 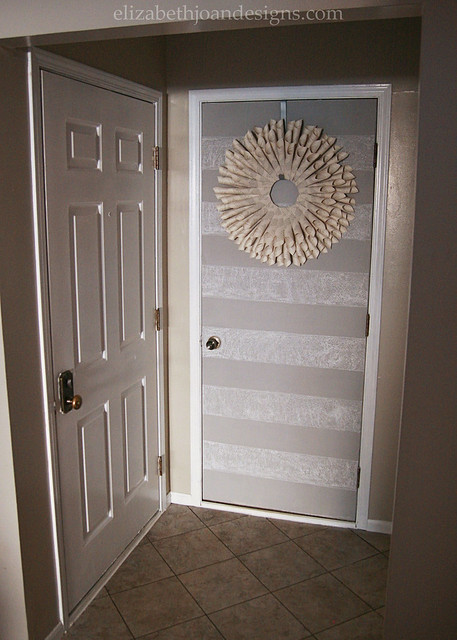 And this lovely trellis pattern mixed with the scribbles of a 3 year old is the perfect blend of business on the top and party on the bottom. Kind of like a mullet. 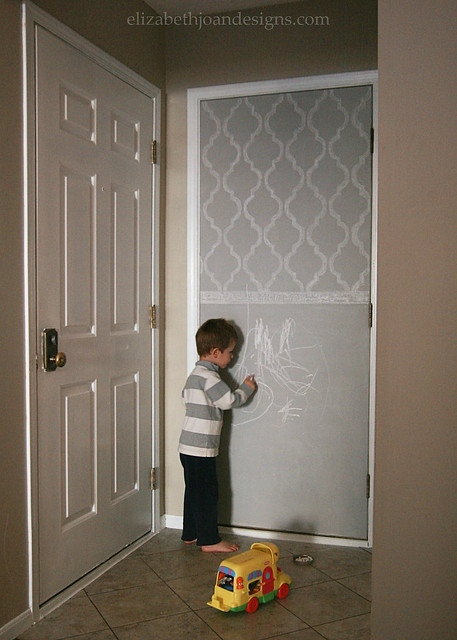 I love the way that the gray cools the space and that the door is now a focal point. What are your experiences with chalk paint? Were you as oblivious as I was about the differences of chalk paint vs. chalkboard paint? I swear that I’m not that ditzy. My blonde hair is from a bottle. Just ask my sister.