I’m so excited that we’ve started to work on projects for The Country House! One of the first things that we wanted to tackle was curb appeal. I mean, who doesn’t love to see a home that welcomes you with open arms!? First impressions matter, people. So, with a tiny budget, some magnets, and some black spray paint, we did a simple garage door makeover. 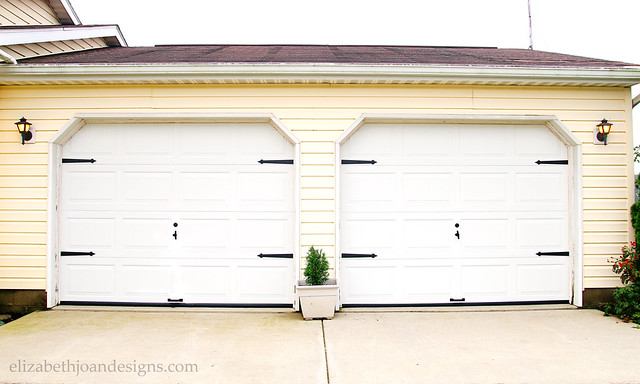 Our little ranch home is very plain jane, as you can see in the photo below. We had previously decided that we did not want to put a ton of money into major renovations on this house just yet because we aren’t sure what direction we will eventually be going with things. Build on? Build new? Tweak what we have? We are still in limbo with all of that. Anyway, we started to brainstorm ideas that could help spruce things up, like the garage doors, without spending a ton of money. 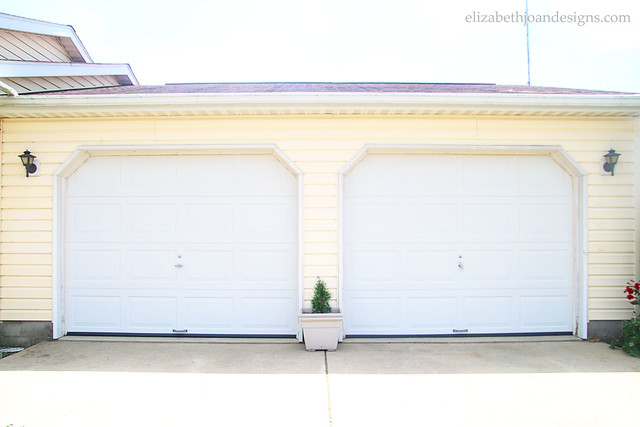 After some searching, we decided that we loved the idea of adding some hardware to our garage doors to dress things up. However, I wasn’t thrilled about the idea of drilling into the doors. What if we didn’t like the end result? Or if things ended up crooked? Or the doors wouldn’t open after installation? I just could not get on board with the idea of adding the hardware, that is until we found some magnetic garage door hardware. Hallelujah! 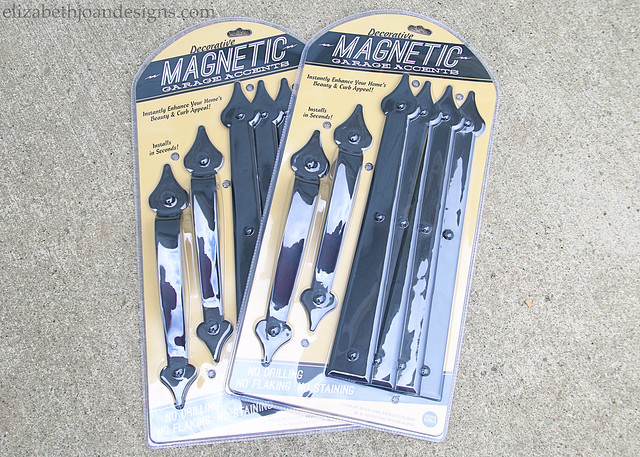 The magnetic hardware is so easy to install because you just place it on your garage door and it sticks there. If it looks crooked, you can straighten it easily, and there is no damage to the actual door. We had to adjust our pieces so that they wouldn’t be pushed out to the way when we opened the doors. 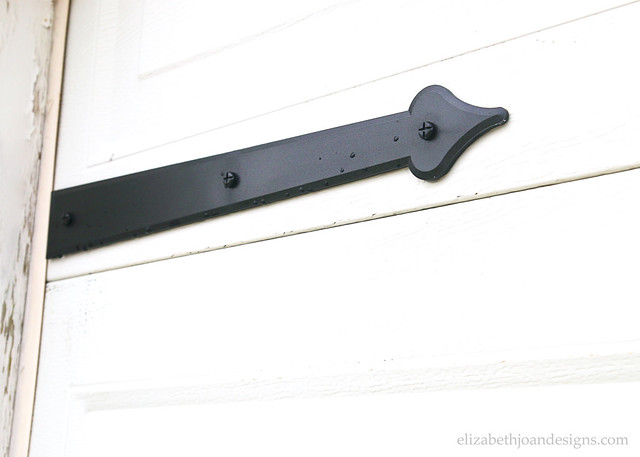 Since there is already some hardware for locking/lifting on the doors, we did not use the included handles in the packages, but instead opted to remove the existing hardware and spray paint it to match. 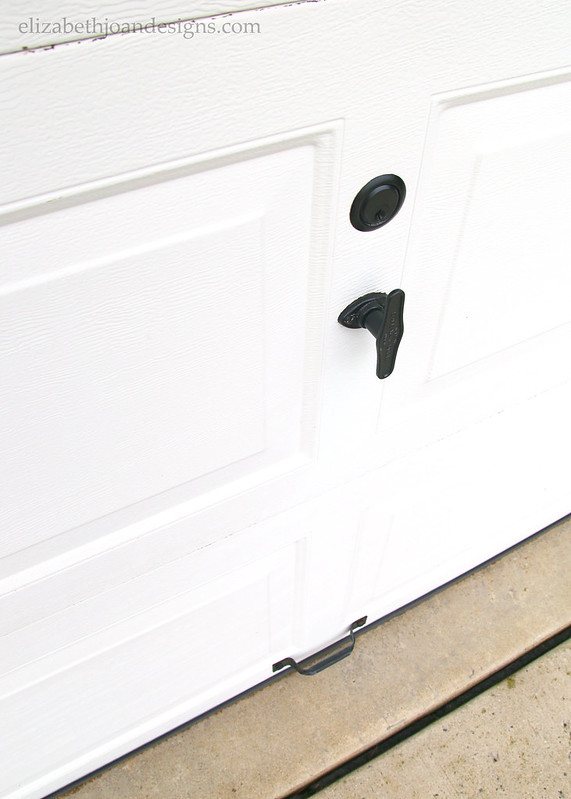 Don’t the garage doors look so much better? The new hardware just makes them pop!

As you can see, there is still some paint touch ups for us to work on around the doors and we eventually want to get new outdoor lighting, but we think that this little, inexpensive update definitely helps the home feel more welcoming! 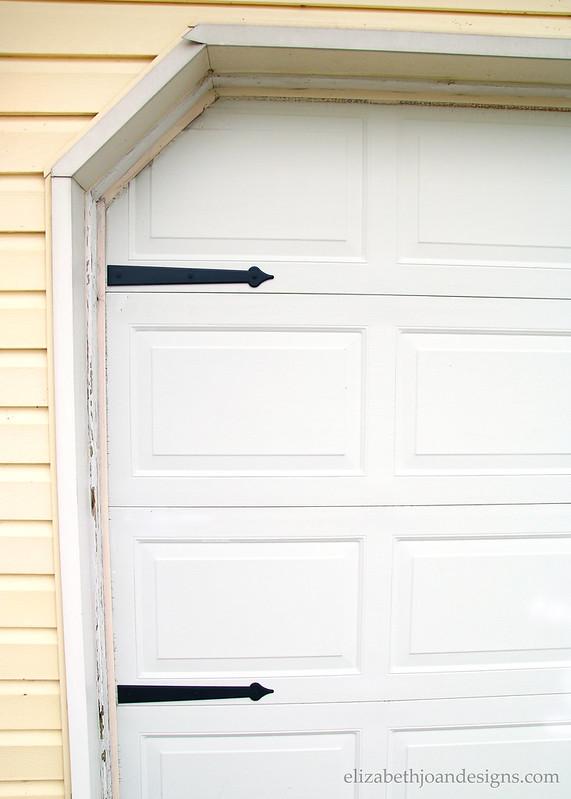 There are several other curb appeal projects in the works right now, so stick around to see what we have up our sleeves! And we would love to hear if you’ve had any experiences with updating your own garage door. 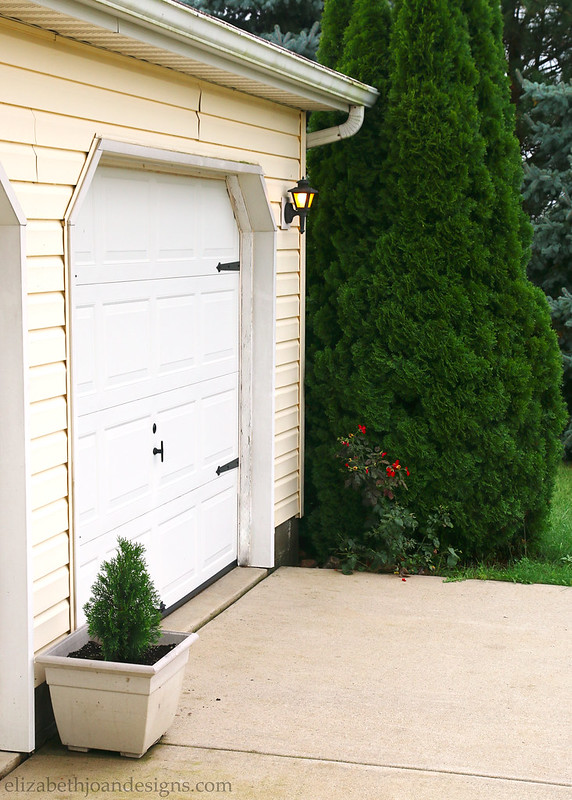