We’ve had quite a few projects that we’ve done in the past which started out as side of the road finds. So, when Emily brought me an ugly old stool, I could have just told her to take it back to where it came from, but we could both see that it had potential. And after a little brainstorming, I decided to gussy it up as a painted grain sack stripe bar stool. 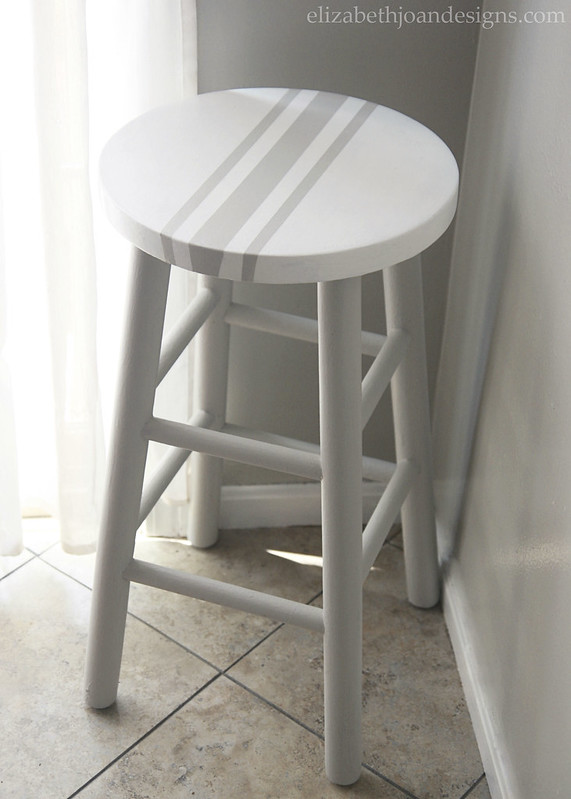 As you can see below, this little seat was pretty freaky looking. I’m not quite sure what the previous owner had planned for it, but it had obviously gone terribly wrong, hence it’s curbside location. 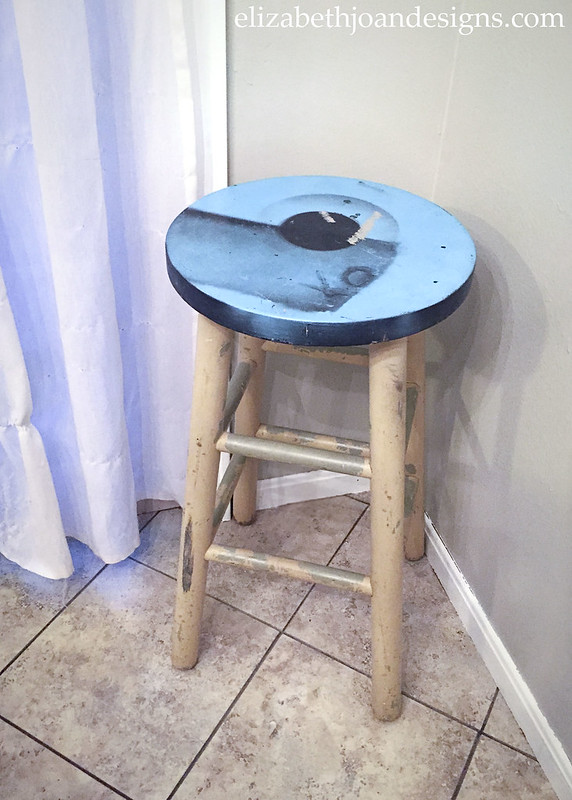 So, I grabbed some paint and got to work. For the legs, rungs and stripes, I used the color Stonington Gray by Benjamin Moore and the top got a couple of coats of Super White. 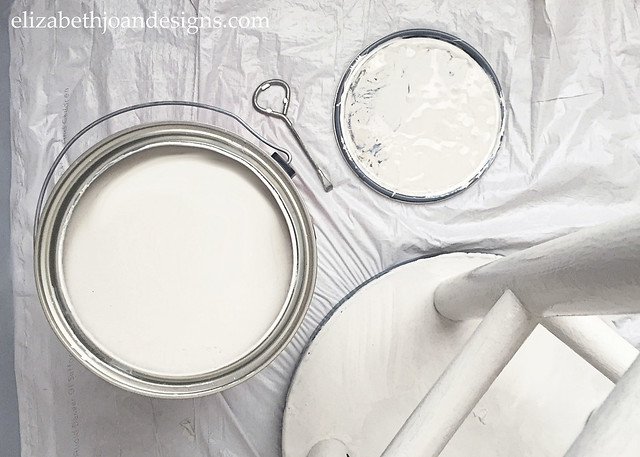 To make the stripes, I used Frog Tape. I started with the middle stripe, sort of eyeballing the width that I wanted, and taped it off. (TIP: To get uber clean lines, run a damp paper towel over the edges of the tape before painting. Remove the tape after painting, but before the paint dries.) Once the middle stripe was dry, I spaced and taped the outer stripes and painted those as well. 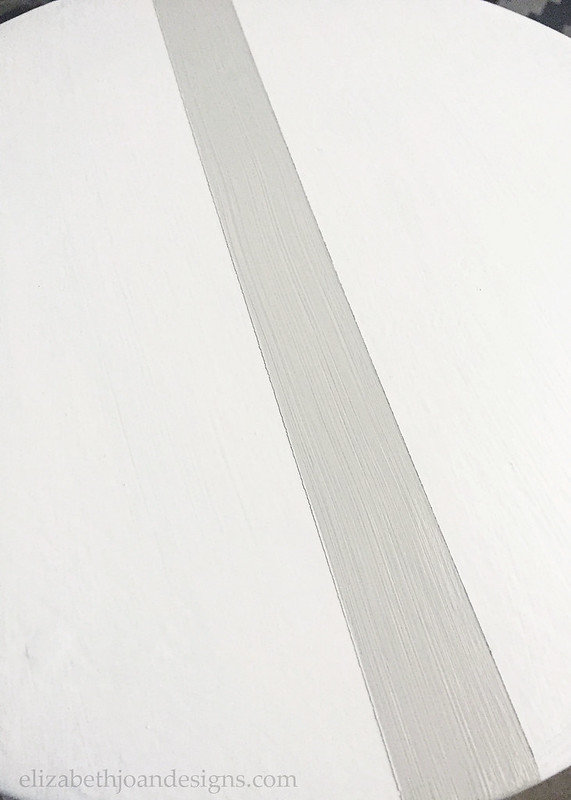 Behold: The power of paint! Doesn’t it look a million times better?? 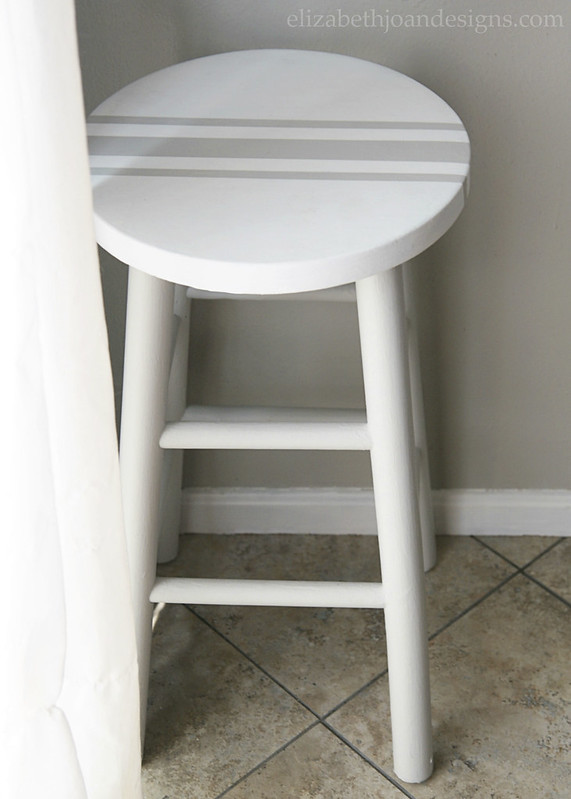 Since we do not have any sort of bar type counters in our kitchen, I needed to figure out another use for this cute stool. I contemplated using it as a plant stand or cutting the legs some to create a small end table, but then another need came to mind. If you’ve been following along on Instagram (Erin’s Instagram/Emily’s Instagram), you’ve probably met our sweet kitty Rowan. He has been a wonderful addition to our family, but he has gained a few habits that I’m not totally crazy about. 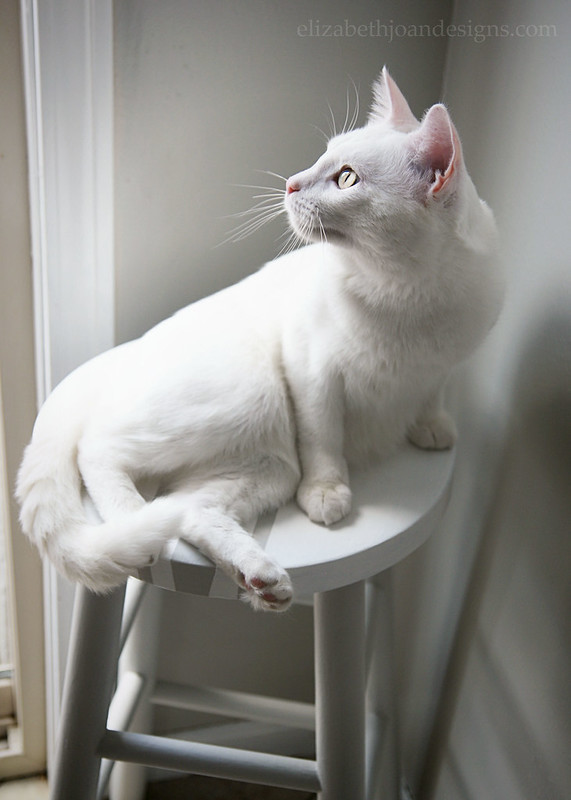 Like most cats, he loves to be up high so that he can see out of the windows and watch the birds and squirrels and one of his favorite places to do this is on our breakfast nook table. Eww. To say that I’m not a fan of his table preferences is an understatement. So I decided to add this stool to the corner of our breakfast nook and try to train him to use it instead of the table for his aviary observances. And it worked! His table time has been dramatically cut down and he loves to sit (and sleep!) on his little perch. 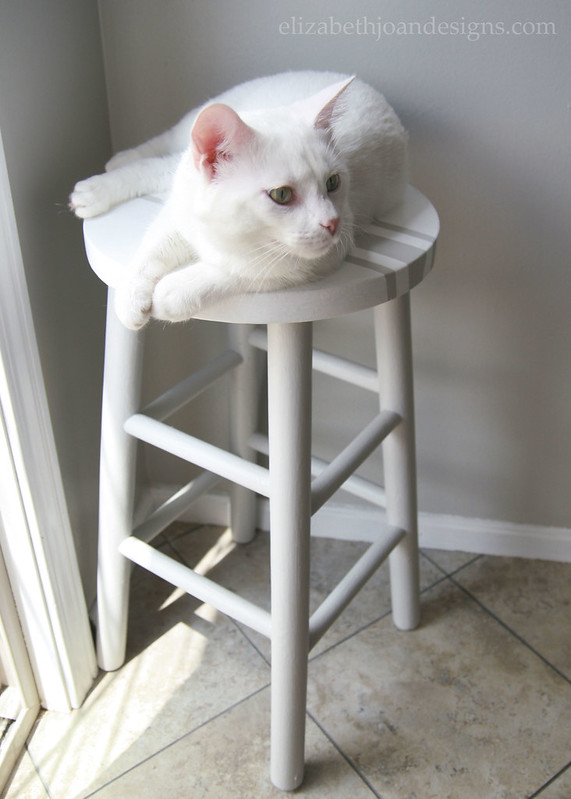 Doesn’t he look cute up there on his little stool? This was such a fun before and after transformation because it was quick, drastic and helpful for our kitty situation. Plus, having some cat furniture in the house that isn’t a complete eyesore is always a win. What do you think? Do you have any furniture transformations that also function as something for your pets? Let us know in the comments below!